If you have been struggling with an issue like SIBO, candida, IBS, IBD or an 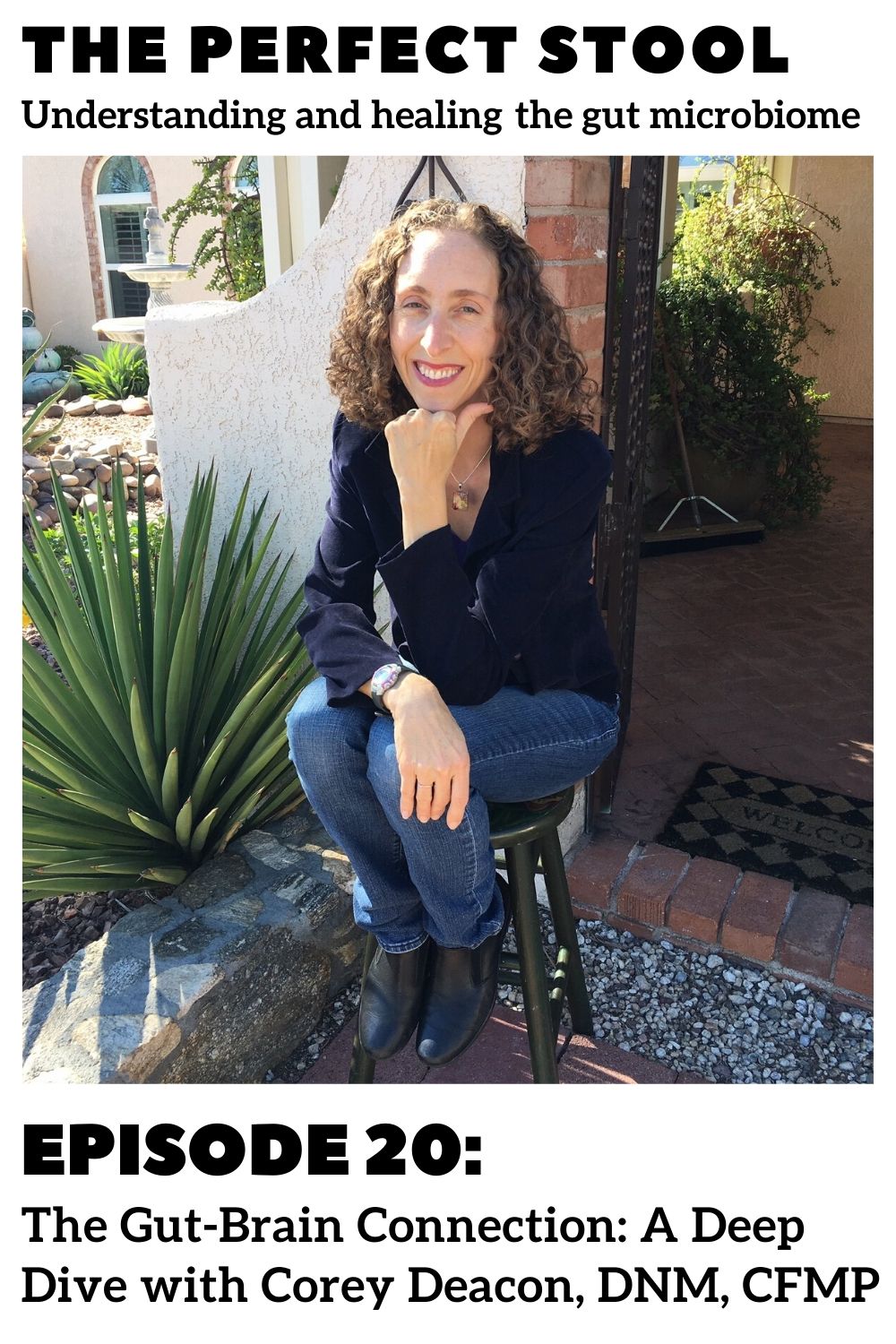 eating disorder that is not resolving with traditional or alternative treatments, you may be dealing with an electrical problem in your gut, brain or the connection between the two. In my last podcast episode: The Gut-Brain Connection: A Deep Dive with Corey Deacon, DNM, CFMP, we talked about an amazing new tool that he is using, the electrogastrogram (EGG), to help resolve these issues and retrain the brain and gut.

EGGs record the electrical activity of the gut through sensors on the outside of your body. Every cell in your body needs an electric current to function, and your gut cells are no different. The EGG is similar to an EKG you would have on your heart, just on a different part of your body. EGGs can run through an app on your phone and are then synched with a diary of times you eat, have a bowel movement, etc. In Dr. Deacon’s work, he has found that people with IBS, IBD, GERD, SIBO, chronic parasites or fungal problems, the EGG isn’t smooth and the gut isn’t moving things in the proper rhythm, which is normally 0.05 Hertz. In many people, the migratory motor complex, which controls the movement of food through the intestines, is moving food too slowly, which is known as dysmotility. In other cases, there are little areas within the intestines that are firing improperly, and sometimes firing in the wrong direction. A common example of this is GERD, where acid comes back up the esophagus. While it’s obvious when this happens in the esophagus, it’s much harder to diagnose throughout the rest of the gut as the symptoms are more subtle. But the result of this firing in the wrong direction is a buildup of dysbiotic bacteria that release lipopolysaccharides (LPS). LPS, also known as endotoxins, stimulate a strong immune response, leading to inflammation.

But Dr. Deacon and his colleagues have found that some of the time, the improper firing or gut dysmotility has its origin in the brain, for example following a traumatic brain injury. So when you have both an EGG and an electroencephalogram (EEG), which tracks your brain waves, you can figure out the directionality of your gut problems. One surprise that the practitioners of this technique discovered was that with eating disorders, 70% of the time, it was in fact the gut taking control of the brain and causing the behavior, not the contrary. Using these neuro and biofeedback technique techniques to retrain the brain and gut, Dr. Deacon and others have had success in helping people resolve their eating disorders.

Brain and gut retraining is done through a technique called operant conditioning, which is accomplished by providing audio and visual feedback cues that the brain likes when it’s behaving correctly. This is done by hooking sensors up to the gut and brain and playing a game, movie, music or animation for the patient when the gut or brain is facilitating a proper rhythm. In the brain, the superior and inferior colliculi respond to audio and visual information, and send a message to the limbic system, which then sends a message to the reward system. The limbic system likes stimulus (as opposed to nothing), like how we love our cell phones and can’t stay off them. So when the stimulus is removed, the brain is unhappy. Over time, the brain figures out how to get the stimulus by facilitating the proper gut rhythm, and through the neuroplasticity of the brain, extinguishes old pathways and creates new, healthy pathways to facilitate proper gut movement.

Training sessions last 45 minutes to a hour 2-3 times/week, with 16-24 retraining sessions in total to correct problems in mild to moderate cases. Then patients will do a maintenance session every 1-4 weeks to correct for mental or emotional stress or physiological stress on the gut through toxins, etc. In the next 2-3 years, they’re hoping to develop an at-home system for gut retraining that could be accessed via a cell phone app.

To hear more details about this exciting new technique and much more, listen to my latest episode of my podcast The Perfect Stool: Understanding and Healing the Gut Microbiome.