Over the course of my podcast (The Perfect Stool: Understanding and Healing the Gut Microbiome), I have done seven interviews with people who have had fecal microbiota transplants (FMT), some in clinics overseas, some self-administered, and I’ve also shared about my own ill-conceived  experience with DIY FMT. I also covered the research being done on a purified form of FMT for children with autism. As a result, I often hear from potential clients who are interested in trying FMT to heal their gut issues. Consequently, I decided to summarize the kinds of results that have been discussed in my interviews, and share my perspective on whether FMT is a good fit for various conditions and the practicalities of doing it, both in clinics and on your own.

One of my most striking FMT stories was episode 23: “PANDAs, Autism, Anxiety and Depression: One Family’s Miraculous FMT Healing Story”, in which Mary talked about using FMT from a clinic in Australia to treat her daughter’s auditory and tactile hallucinations, her son’s autism symptoms, and her own anxiety and depression. About FMT in general, Mary shared, “This is like the golden elixir of life. If you have a very sick child, you are going to get over the ick factor very quickly because it’s just a miracle that we have such a beautiful, natural solution all along.” About changes to her daughter’s affect, Mary said, “[Before FMT], she just had a darkness pulling in, she had a fearfulness on her face, and a lack of affect, [and after FMT]… she’s off and running, she’s just doing beautifully.” About changes to her son’s affect, Mary said, “Whatever the interferences that autism causes, [after FMT] he’s just present, he’s looking you right in the eye, he’s listening to what you’re saying, he’s calm in his body, he wants to be part of the group instead of hiding from the group… He’s more friendly. He goes up to people and introduces himself… His desire for independence has just exploded.”

In episode 10 ““Designer Sh*t” – Coming Soon to a Theater Near You:
One Filmmaker’s Story of Overcoming Colitis”, I interviewed Saffron Cassady, a filmmaker in the process of making a film about FMT, including her own personal story of healing from colitis thanks to repeated FMTs from her boyfriend.

In episode 5, “DIY Fecal Transplants for Irritable Bowel Syndrome (IBS): One Patient’s 9 Experiences and the Urgent Need for High Quality Stool Donors” Michael described his nine experiences with DIY FMT to address IBS, irregular heartbeats and severe fatigue, the benefits and drawbacks of each experience, and the urgent need for healthy donors, which led him to collaborate on the formation of a donor/recipient connection tool, Microbioma.org. He also shared numerous resources including a sample donor questionnaire.

My very first episode “SIBO Recovery and Fecal Microbiota Transplantation (FMT)” was with Amy Hollencamp, a now-dietitian whose microbiome was decimated by antibiotics and an extended restricted diet used to treat SIBO, resulting in unwanted weight loss and continuing bowel issues. She chose the Taymount Clinic in the Bahamas for her FMT. After the procedure, she reported “better gut function mainly . . . less bloating . . . I felt like my bowel movements were a lot better.”

On my most recent episode (31), “How FMT Helped One Woman Read Emotions and Normalized Sound and Touch Sensitivities,” I interviewed Amanda, who sought out FMT at a clinic in Argentina for gut issues and psoriasis and benefitted from other unexpected benefits:  “[My constipation and diarrhea] got a lot better. My skin didn’t change at all. It completely did not change, which was weird. But everything else got way better: the social awkwardness got better, the sound sensitivity got way better, my energy level got better, my ability to connect words in my head got better… I could remember things from pop culture, I could remember the plot of a TV show and I could not do that before… Yeah, I mean everything except my skin, ironically, got better.”

In episode 12, “Healing Autism via Microbiota Transfer Therapy with Dr. James Adams” (whose title I realized subsequently was not the best choice and was offensive to many in the adult autism community), we learned about the amazing research using purified FMTs on children that Dr. Adams and his collaborators had conducted, resulting in a 47% decrease in symptoms of Autism Specturm Disorder three years post-FMT. The results were published in the prestigious journal Nature.

And finally, in episode 19, “How I Reversed My Autoimmune Diseases and Got Interested in Gut Health”, I shared my own health journey, my ill-conceived DIY FMT and some of my continuing personal opinions about FMT: “I definitely think there are a lot of mental health issues and things like autism, where fecal transplants can clearly help… To be perfectly honest, if I were a parent of a child with autism, I would not hesitate to try and give my child a fecal transplant because it’s going to jump start their development.” I also shared about FMT’s success in treating C. Difficile, “I think there are some conditions that we’re seeing, obviously C. Difficile, there’s a 92 percent success rate in some studies with the fecal transplant and it’s a shame, frankly, that [FMT] is still only essentially approved for C. Difficile that is recurrent and resistant to antibiotics, given that the antibiotic success rate is only in the 30 percent [range]. That’s the only use that you can get [FMT] for officially from a doctor in the U.S.”

So if you are you considering a fecal transplant, all these success stories might make you anxious to try it, but there are a lot of drawbacks. First of all, if you’re in the U.S. and can’t afford the ~$10,000 fee of doing it at a 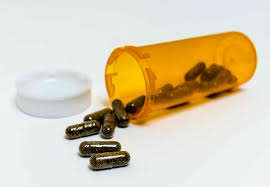 clinic overseas, you’ll need to find a donor and have the donor thoroughly tested. Of course you’ll have to have complete faith that the donor is honest in their questionnaire or well-known to you, as testing won’t reveal inactive viruses, such as Human Papillomavirus or Herpes Simplex Virus. If you don’t have your donor tested, you also risk catching a nasty bug from your donor that may not have caused them problems but will cause you problems if your microbiome is unstable and dysbiotic (like C. Difficile or H. Pylori). And if you’re lucky enough to find a potential donor who’s willing to give you 5- 10 samples (typical sequences of FMTs in a clinic run over the course of 5 days for C Diff and 10 days for conditions like IBS or colitis), thorough testing could be very expensive and most tests won’t be covered by anyone’s insurance. But at minimum to cover the microbiome end, you should run either a metagenomic sequencing of their gut microbiome and examine the raw data or do a test like the GI Map or Doctor’s Data GI 360. And clinics typically put patients on strong antibiotics like vancomycin for two weeks prior to FMT, so you’d need to get access to the same or use longer herbal protocols to properly prepare the terrain to receive new residents. The Power of Poop website is a great resource for all your FMT questions and lists other tests that should be done for a donor.  It includes instructions about How to Safely do a Fecal Transplant at Home and comprehensive information about Donor Registry Requirements.

But before you get your heart set on FMT, you should realize that FMT is not likely the quickest, easiest or least expensive way to solve your gut or other health issues. Most gut issues have at their root dysbiosis of some sort, be it an overgrowth of the wrong type of bacteria or an overgrowth of candida or other fungi, many of which take place in the small intestine, making it unlikely that FMT would reach the problem, unless you take it in crapsule format. However, herbal interventions following testing to determine the root cause of your problems, coinciding with dietary interventions and probiotics, followed by prebiotics, are likely to bring about substantial relief for most gut issues. And of course there are more complex interventions for more complex issues, like mold exposure, histamine intolerance or Mast Cell Activation Syndrome, that a good practitioner can guide you through.

So I’d encourage my listeners who are thinking of FMT as a first-line treatment to investigate other possibilities before taking the risk of using a donor who is not properly screened and a DIY fecal transplant. But if you are determined to move forward, please take as many precautions as you can afford in terms of donor selection and testing.

And if you’re struggling with gut issues, food intolerances, skin problems, mental health or other issues that you believe could have their origin in your gut, please feel free to set up a free, 1-hour breakthrough session with me to talk about what’s been going on and hear about how health coaching could help.